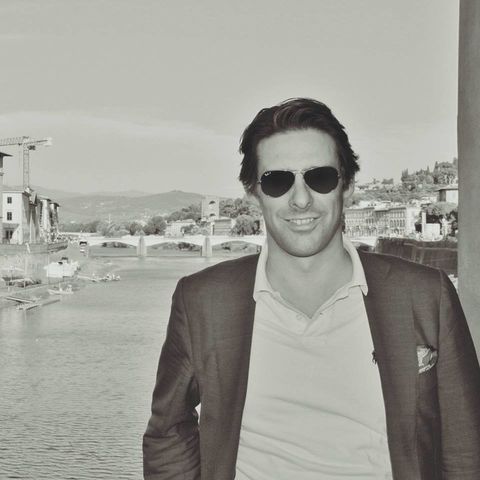 Effective Media Relations: Plan; do your homework; don’t lie; deliver on your promises; say “thank you”

We’re excited to announce this guest post from one of our favorite PR professionals, Colin Baugh, Owner and Principal of Emblem PR. Enjoy!

Effectively facilitating information to constituents is a skill that can and should be practiced and mastered by anyone participating in a business. Here, I offer 5 steps for doing so through media outreach.

1. Give yourself plenty of time

This is the part accountants hate about working with public relations firms, because you can’t quantify its importance before you’re done. But before you can expect to effectively communicate your message, you have to create a road map to follow from the beginning through the end of your campaign. This takes time, requires a degree of faith and trust in the professional managing the project and is not in and of itself a “result”. But without sufficient planning your campaign will peter out well before having a chance to realize results.

2. Do your homework and say hello

Seems intuitive enough, right? Maybe not. Ask a journalist how many times in a given week he or she gets a cold communication on a subject about which they’ve never and in all likelihood will never cover. How about an email without so much as a greeting line. Ask a journalist named “Jon” how many communications he gets wherein he’s greeted as “John”.

These are the soft skills that matter when you’re asking someone to dedicate their time and work product to your client or cause.

Say you’ve got a whiskey client that’s releasing a new expression that’s going to be exclusive to the Seattle market for an indefinite period of time. Take a couple hours to find out who actually covers whiskey, spirits, cocktails and bars in Seattle. These are the people most likely to cover your story. Read their work. Find a nugget in these stories you genuinely liked. Did you learn something when you read their piece? Was there a particularly clever turn of phrase? How about an experience they recounted that reminded you of something you’ve done?

When you make your initial contact – these days it’s usually through email – reference that nugget from their piece. Everybody likes to have their work recognized and appreciated. Now that you’ve established rapport, segue into your story. Let them know that you just want to give them a heads up that you’ve got an announcement relating to local whiskey coming up in the next week or so and that you wanted to establish a line of communication before doing so.

What you’re communicating here is that you value their time and their standing as an authority on the subject matter. You’ve got a great story forthcoming and you want them to have it to tell. Information in journalism is currency and you’re effectively offering them some.

Not everyone is going to respond, but you give yourself the best chance for a dialogue by following these steps.

3. Deliver the information and make it easy

This is less about that act of delivering the information and more about the manner in which you do so. If you’re reaching out to someone who replied to your “hello” email, simply reply, by reminding them who you are and then sharing your announcement. If you’re sending to someone who did not reply to your initial outreach, get to the point early and in the subject line.

Let’s use our whiskey example from above: You’re announcing a new whiskey exclusive to the Seattle market. Believe it or not, in that sentence, I covered the “what”, “where” and most of the “why” before even getting to the body of the email. Add in the name of the client and you’ve got your “who”. If you’re reaching out to the right people, that subject heading alone is enough to compel someone to open it, read further and hopefully be interested in covering your client.

Regardless of whether or not you have an existing dialogue with recipient of your pitch, keep it brief, to the point and offer as many resources as possible short of writing the piece yourself.

Under absolutely no circumstances should you over-embellish or misrepresent what it is you’re pitching. Going back to our whiskey example, there’s a lot of attention paid in the beverage landscape to products that are “craft”, “artisanal” or any other such modifier used to indicate authenticity. These are useful differentiators for products that actually fall into these categories. But when the terms are used to describe something that is clearly not any of those things, it’s disingenuous and can get you blacklisted by media.

Example: A journalist friend recently received a press release announcing a new tequila that’s sold in a novelty bottle and which is infused with a mango flavoring. The journalist took to social media to deliver the following:

“If your ‘rock & roll tequila’ comes in a guitar-shaped bottle and has a mango-flavored expression, don't tell me all about how artisanal and 100-percent-agave it is.”

One of the most egregious parts of this from the perspective of a communications professional is that the publicist likely had plenty of great information to work with but chose not to leverage it and instead attempted to dupe the journalist.

Now that you’ve set up all these pins – planning your campaign, researching and finding the right journalists, making initial contact and (hopefully) securing interest – it’s time to knock ‘em down. This is no different from anything a sales person would tell you. If you promised to make an executive available for interview, make sure they’re available when you said they would be. If you promised high-resolution photos, be sure they’re available.

Remember, journalists get hundreds of pitches a day. Of all the storylines in the world to cover, they chose yours. Express your appreciation. A simple, sincere “thank you” email will usually suffice.

Plan; do your homework; don’t lie; deliver on your promises; say “thank you”. Five components of your media outreach that will likely result in a successful campaign. There’s a sixth, though, that bares mentioning: Be nice – always, always, always. If a journalist chooses not to cover your story, it isn’t because she or he doesn’t like you or doesn’t like your product. 100% of the media is not going to cover your story. But lose your cool and that percentage will drop faster than you can say Tennessee Whiskey. Good luck!