Curse Words in Content Marketing: Hell Yes or Hell No? 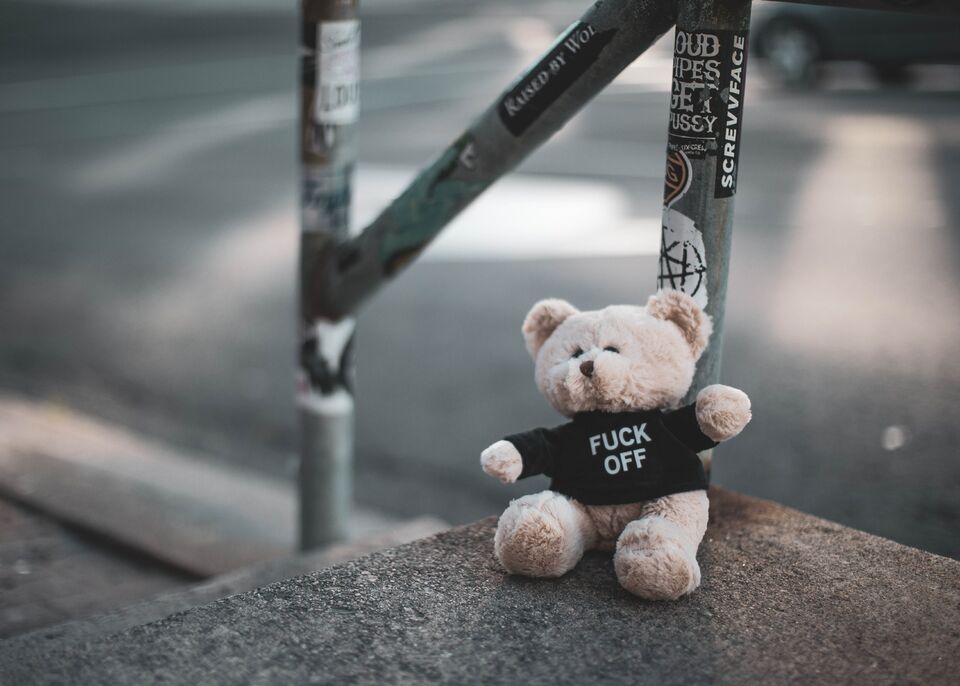 Well before I became a content marketer, I was spewing swear words. I even competed in curse word competitions on the playground in third grade. (Sorry, mom!) I knew then that those words had the power to put me in detention, but I didn’t know the power they had to influence our relationships, our actions and even our thoughts.

Cut to college. In my senior seminar research, I studied none other than—you guessed it—curse words. I even had the honor to publish my paper in the Lambda Pi Eta undergraduate research journal. In short, when it comes to marketing and cursing, I know my shit.

That’s why I am enthusiastic about curse word best practices in content marketing and campaigns. In my freelance life and my marketing career, I’ve heard more clients than I can count say they want to be “edgy” but then back down at the last minute. I get it. It’s scary, and it takes smarts and skill to do it right.

Are curse words right for my brand?

There are only two people who can decide whether or not curse words are appropriate: you and your audience. At EMB, our philosophy is always to “test and see.” In this case, that won’t always work. Dropping the F bomb in a Facebook post could have a long-lasting detrimental effect on brand sentiment. However, there are ways to test the waters.

How to “Fuck Around and Find Out”

One way to see how your audience will react to swear words is to imply them. In the early 2010s, Kmart had a great campaign called #ShipMyPants. The message was that customers could ship pants (and other items) for free if they couldn’t find them in store. Technically, they never said a single swear word, but they learned a shit ton about their audience’s tolerance for course language.

Another way is simply to ask your audience. If you’re not conducting audience surveys each quarter, or at least once a year, you should be. You can use one of those surveys to strategically gauge your customers’ opinions on curse words. Naturally, be sure to use finesse. Rather than ask, “Is it okay if we say fuck?” reference competitors’ campaigns and ask, “Did the language in this ad offend you?”

Lastly, start small and test less intense swear words. Slip a “hell” or “damn” in your replies to social media comments or in vlog posts. There may also be curse words that are relevant to your brand and therefore seem more permissible. For instance, Tushy, a bidet attachment company and one of my favorite brands when it comes to content marketing, proclaims on one of its landing pages that it “saves your ass, saves your money [and] saves the planet.”

Which Audiences May Be Amenable

For some brands, swear words will simply never work because their audience isn’t a right fit. Before you imply curse words, ask your audience about them or let “shit” slip in the comments, ask yourself if it’s even worth a test. No one knows your audience better than you do, so take a look at the demographics and psychographics to determine whether it’s worth it.

More socially conservative audiences tend to react more negatively to curse words. Research suggests that Liberals do not necessarily curse more than Conservatives, but their perceptions of public acceptability differ. Or, at least they did until 2016 when Conservative politicians—one in particular—started to make swear words more acceptable in their communities, which has had an impact on perceptions of curse words in society generally. However, perceptions take a long time to change, so if your audience is more conservative, perhaps stick to “heck” and “shoot” for now.

There’s little evidence to suggest that “back stage” frequency of use varies by region (e.g. northern states vs. southern states), but perceptions of public acceptability certainly do. A LivePerson study on which states’ citizens curse most at customer service employees shows that the South is least likely to swear. Therefore, you may want to avoid swearing if your brand has a Southern hospitality-style aesthetic or a primarily Southern audience base.

According to a study by the BBFC, younger generations are not only more likely to swear, they’re also less likely to see them as profane. That means that on the flip side, older audiences are more averse to swear words. That doesn’t necessarily mean that you should avoid them altogether if your audience skews older. Metamucil, a constipation relief brand that targets Baby Boomers and their predecessor, successfully tested curse words in a clever marketing campaign in the Netherlands. (Of course, this was in Europe, though, so take this with a grain of Metamucil.)

If you have an S in your Myers-Briggs personality type, meaning you’re a Sentinel, then you’re statistically less likely to be amenable to swear words. Research by 16Personalities shows that only 32% of Defenders (ISFJ) use curse words. On the opposite end, if you have an N in your type, meaning you’re an Analyst, you’re the most likely to use them. ENTJs, like myself, said they were the most likely to swear.

How do I curse in my marketing, damnit?

If you’re still not sure whether or not you should use curse words in your content marketing, give us a call. Not only does the EMB team curse all the time (kidding), we’re content marketing experts. We’ll do our research and let the data decide whether it’s a good idea or not, and then we’ll develop the best damn campaigns you’ve ever had. Contact us today, and let’s get started!