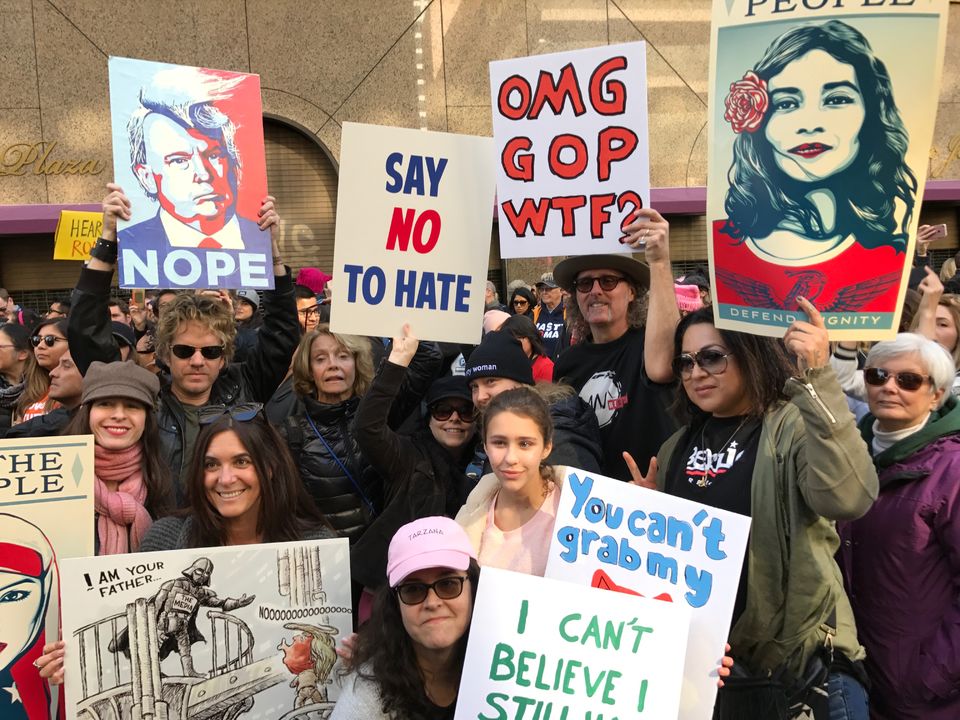 On January 21, 2017, America inaugurated its 45th president, Donald J. Trump. Though a shocking number of women voted for him, there were still droves of people that felt a Trump presidency could regress us back to a time prior to the feminist movement. Women have made so much progress in efforts to equalize disparities between the sexes. From this fear, arose the Women’s March, which was originally to be held Washington D.C. The news of the protest quickly spread, bringing out 600 individual sister marches across all 7 continents. Officials say this was the largest protest this country has seen in the last decade. Members of our team, including our very own Laurel Mintz, marched alongside the other 750,000 people that showed their support for women’s rights. We are proud to have been a part of the largest and most successful Women’s March the world saw on Saturday. As a female owned and operated business, we believe it is important to support female rights. The opportunity for women to own their businesses and achieve high ranking careers is one of the most difficult barriers to overcome. Last weekend, we exercised our constitutional right to peacefully protest to guarantee the barriers women face remain weakened. This was a monumental moment for female empowerment and we hope to keep the momentum going by supporting females everywhere.