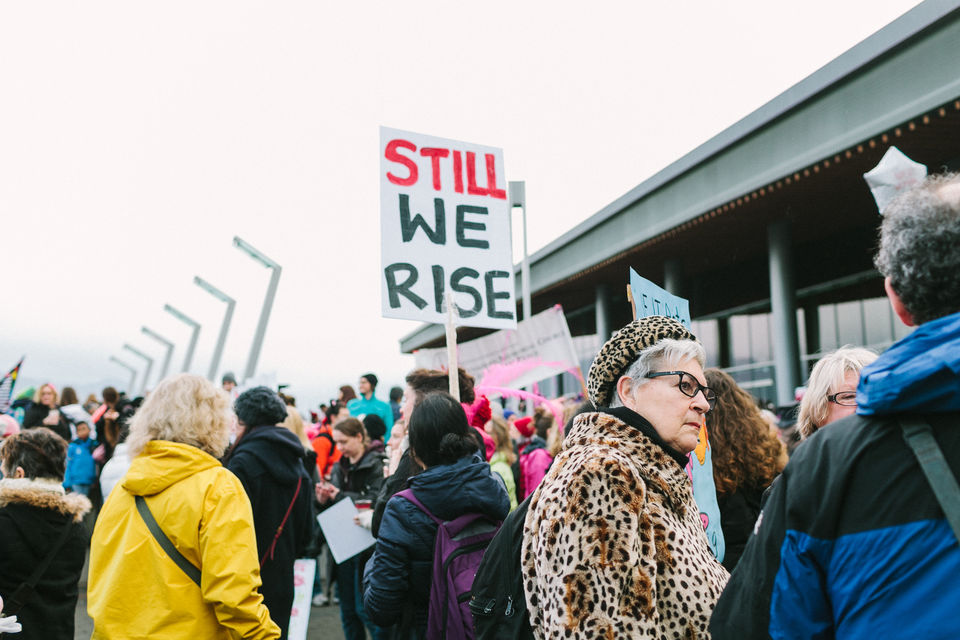 A few weeks ago we celebrated International Women’s Day, we wore red and had some internal reflecting on what it means to be a woman. Yes we’re a few days late but we still have a chance to recognize women and their long-standing struggle for equality all month. As an entirely female owned and operated company, we are proud to celebrate the success of women everywhere.

It’s not new news that women have struggled to be viewed as equal to their male counterparts for centuries. Shocking that it is still an issue yes, but we’re working on that right? Here are some incredible women we’d like to highlight for bringing us closer to achieve equality and inspiring us to keep fighting for it:

Cleopatra (69 BCE–30 BCE) The last Ptolemaic ruler of Egypt. Cleopatra sought to defend Egypt from the expanding Roman Empire. In doing so she formed relationships with two of Rome’s most powerful leaders, Marc Anthony and Julius Caesar.

Joan of Arc (1412–1431) The patron saint of France, Joan of Arc inspired a French revolt against the occupation of the English. An unlikely hero, at the age of just 17, the diminutive Joan successfully led the French to victory at Orleans. Her later trial and martyrdom only heightened her mystique.

Mary Wollstonecraft (1759–1797) English author, Wollstonecraft wrote the most significant book in the early feminist movement. Her pamphlet “A Vindication of the Rights of Women” laid down a moral and practical basis for extending human and political rights to women. She was a pioneer in the struggle for female suffrage.

Jane Austen (1775–1817) One of the most famous female authors of all time, Jane Austen wrote several novels, which remain highly popular today. These include Pride and Prejudice, Emma and Northanger Abbey. Jane Austen wrote at a time when female writers were not encouraged, helping pave the way for future writers.

Sojourner Truth (1797 – 1883) African-American abolitionist and women’s rights campaigner. In 1851, gave a famous extemporaneous speech “Ain’t I a woman?” which explained in plain language how women were equal to men.

Susan B. Anthony (1820–1906) American Campaigner against slavery and for the promotion of women’s and workers rights. She began campaigning within the temperance movement and this convinced her of the necessity for women to have the vote. She toured the US giving countless speeches on the subjects of human rights.

These are just some of the influential women in history who we’ve highlighted that means something to the EMB ladies. They have been brought up for different reasons and all in all we want to encourage you to think of others that motivate, inspire, and encourage you. It is important for us ladies to uplift and support each other as much as possible.

Have any marketing questions or need help having your brand elevated? Contact us here.